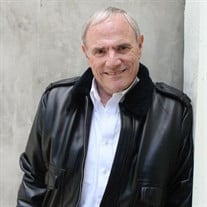 Allan Jay Friedman blessed this world and every person who met him with inspiration, “light”, innovation, motivation, hope and love. Allan Jay pianist, composer, writer, director, producer wrote 7000 songs and over 30 plays including “Winnie the Pooh”, “The Emperor’s New Clothes”, “One Shining Moment”. “In Love Again”, “Shakespeare and the Indians”. Allan began playing piano at age 5 (by ear, could not read music) and became an acclaimed pianist. Allan Jay earned his first EMMY in 1964 with the ”Young Man From Boston” (first JFK story). His career led him from El Paso to NYC to LA as CEO of Picture Book Productions, including philanthropic projects like P.A.T.H in Los Angeles (People assisting the homeless) and writing songs for governments like Sri Lanka and the International Awards for Arts and Music at the United Nations. Most of all, Allan Jay loved every person he met, especially young people as Allan Jay had a child’s heart and young mind, with a Mensa mentality. Spiritual and versed in extensive religious way of life and belief, his energy transcended the material world, at one with the universe. Allan Jay attended Black Fox military academy, graduated from El Paso High, Texas Western (aka UTEP) where he was student body president, served our country as a Lieutenant in the US Army (special services), post graduate at Harvard (the first class for masters in public health), UCLA, NYU and law school at UT Austin. El Paso always in his life, he brought one of his plays “Pinocchio and Mounette” to El Paso as well as a workshop play in conjunction with EL Paso Community Foundation for the newly developed Plaza Theater. Allan Jay’s soul mate, his sister Etta Mae, died earlier this year; he missed her every day. Allan Jay left his body, but not his spirit on 11.27.21. Alan Jay was preceded in death by his father and mother Milton Max and Ray Friedman, step-mother Mary Vuocolo Friedman, his brother Karl Friedman, sister Romer Friedman and brother in law Henry Scherr. Allan Jay is survived by numerous nieces and nephews (Janet, Jay and Jim Scherr and Romaree Friedman Herbert, Kory Friedman and Daren Friedman aka Azriel Hirsch Friedman) and many grand and great grand nieces and nephews, and special loves Michele Martin, Missy Altus, Houman Mahboubi, Kara Fox, Gayle Kahn Friedman and thousands more. Graveside services are December 2 at 4 pm at Temple Mount Sinai Cemetery. Donations can be made to the Milton and Ray Friedman fund at Temple Mount Sinai. https://www.facebook.com/sunsetfuneralhome/

The family of Allan Jay Friedman created this Life Tributes page to make it easy to share your memories.

Allan Jay Friedman blessed this world and every person who met...

Send flowers to the Friedman family.