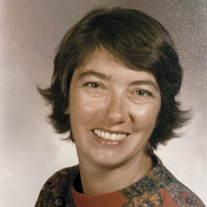 With heavy hearts we announce the passing of Delphine Elizabeth Koivisto, nee Wale on September 5, 2021, twenty days shy of her 84th birthday. Services are in the care of Sunset Funeral Home Americas. Visitation will be Saturday, September 25 at 11:30 a.m., memorial service at noon, followed by graveside service at 1:00 p.m. at Evergreen East. Delphine was born in 1937 to Hugh and Evelyn Wale in Coventry, England. She was the second of four siblings. She was pre-deceased by her brother Michael (Lisa) and sister Eunice. Left to cherish her memory is sister Ruth Weatherall (Peter); sister-in-law Gaynor Wale; brother-in-law Peter (Jean) Aubrey plus numerous nieces and nephews, cousins and in-laws in England, Finland and Sweden. As a young woman she emigrated to Canada where she met her husband of 55 years, Jorma (deceased). From this union were born Lynn (David) Sanchez; Karen (Matthew) Pryor; Sonja and son Michael (deceased). The family moved from Canada to Tacoma eventually making El Paso their home. Also cherishing her memory are grand-children Adrianna (Mark) Gonzalez; April (Robert) Gates; twins Geoffrey and Emily and David Jonathon Sanchez; Dylan, Hayley and Cheyann Pryor; Harlan Shaw and great-grandchildren Nayeli Gonzalez and Rory Gates. Delphine was the epitome of sacrificial love. After raising her four children, she gave up her career to care for her El Paso grandchildren full-time. She carpooled with neighborhood mothers, tended scraped knees and encouraged fantastical make-believe games. She did this joyfully every day and in later years also took care of elderly neighbors until their passing. As her child care-taking came to an end, she shifted to caring for her husband as his health declined and dementia ravaged his memory and functioning. She, along with Michael, nursed Jorma at home until his passing in 2017. In her final years she most valued the simple pleasures of life - eating out with Michael, her tomato garden, puzzles, baking for family and friends, corresponding with family and knitting, knitting, crocheting and knitting. She generously shared her talent with family, friends and strangers donating hats, mittens, scarves and blankets to various organizations. Many have delighted in her creations. But if asked, her most precious creation was her family. In her children and grandchildren she nurtured and fostered love, compassion, kindness, honesty, generosity, conscientiousness, and faith. Her family was her greatest joy and we will miss her tremendously. Services entrusted to Sunset Funeral Home-Americas.

With heavy hearts we announce the passing of Delphine Elizabeth Koivisto, nee Wale on September 5, 2021, twenty days shy of her 84th birthday. Services are in the care of Sunset Funeral Home Americas. Visitation will be Saturday, September... View Obituary & Service Information

The family of Delphine Elizabeth Koivisto created this Life Tributes page to make it easy to share your memories.

With heavy hearts we announce the passing of Delphine Elizabeth...

Send flowers to the Koivisto family.