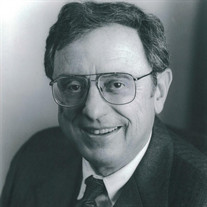 James Lyman Gallagher passed away peacefully on October 20, 2021. Born in Tulsa, OK, on February 3, 1937, to Nelle Latimer Gallagher and James Rupert Gallagher, Jim spent his formative years in Nowata, OK, under the guidance of his mother and maternal grandparents while his father served in WWII. They later moved to Bellaire, TX, where Jim attended Lamar High School and was a stand-out academic, athlete and musician. Jim attended Rice University for two years before transferring to The University of Texas at Austin to earn a degree in Petroleum Engineering. Jim earned his law degree from The University of Texas School of Law, and was a member of Phi Delta Phi and the Texas Law Review. There he met his beloved wife of 61 years, Nan Keith Kelly. In 1963, Jim and Keith moved to El Paso where Jim proudly joined the Scott Hulse Law Firm. As an attorney, Jim had an accomplished career as a defense attorney, becoming a Senior Partner at Scott Hulse. He also served as President of the Texas Association of Defense Counsel and was elected a Life Fellow in the Texas Bar Foundation. A savvy and highly effective attorney, Jim practiced law for 35 years before retiring early to follow his heart’s calling to wholly dedicate his efforts to Our Lady’s Youth Center. In his own words, he was going to become a Christian Soldier. Guided by the teaching of Jesuit priest, Father Rick Thomas, Jim focused his passion, care, love, and prayers into the outpouring of adoration and service to countless children and families across the border region while dedicating his time at Our Lady’s Youth Center’s food bank in Ciudad Juarez. Nothing made his heart so full. He was a beacon of devotion and a selfless volunteer who was adored by so many. He lived his life in the essence of Christianity and only God knows how many people he aided. He will be loved and missed by so many. Jim is survived by his wife, Keith, his three sons James Kelly Gallagher (Christine Conner), Kevin Latimer Gallagher, William Claiborne Gallagher (Cynthia Butterworth) and his daughter Gage McLeod Young (Spencer) and his daughter-in-law Jamie Willis Gallagher and his eight grandchildren, Ryan Bass (Mitchell), Maggie Gallagher, Casey Ballantyne (Kyle), Arraby Gallagher, Carver McLeod (Aly), Mahra McLeod, Caden Young and Cora Young. Jim is also survived by his beloved sister Kay Gallagher Leonard (Allen) and his nephew, Lance Leonard (Melanie), and his niece, Lanay Leonard Britt. He also leaves behind a number of extended family members and close friends whom he loved dearly. Funeral Mass will be held November 1, 2021, at 10:00am at Queen of Peace Catholic Church, 1551 Belvidere St., El Paso, TX 79912. Burial will follow at Memory Gardens of the Valley, 4900 McNutt Rd., Santa Teresa, NM 88008. In lieu of flowers, donations can be made to: Our Lady’s Youth Center, P.O. Box 1371, El Paso, TX 79948; Rescue Mission of El Paso, 221 N. Lee Street, El Paso, TX 79901; Alzheimer’s Association of El Paso, 110 Mesa Park Drive #250, El Paso, TX 79912 or the charity of your choice.

James Lyman Gallagher passed away peacefully on October 20, 2021. Born in Tulsa, OK, on February 3, 1937, to Nelle Latimer Gallagher and James Rupert Gallagher, Jim spent his formative years in Nowata, OK, under the guidance of his mother and... View Obituary & Service Information

The family of James Lyman Gallagher created this Life Tributes page to make it easy to share your memories.

Send flowers to the Gallagher family.