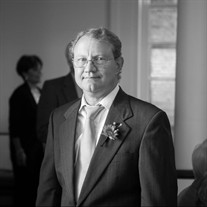 Paul Aaron Mills, 54 1967-2021 Paul Aaron Mills, 54, of El Paso, passed away July 23, 2021. He was born to Theodore Ralph Mills and Florence Annette Mills on May 15, 1967, in Seattle, and was a lifelong Seahawks fan. He graduated from Canutillo High School with honors and earned his bachelor's of mathematics degree from University of Texas Permian Basin. He taught and substituted for many years in the school system. He enjoyed history and learned to speak Spanish. Paul was a natural athlete and won Nevada's State Wrestling Championship when he was in junior high. He made others laugh with his witty sense of humor and loved '70s and '80s music, especially the Bee Gees. He was a gifted cartoonist, turning movies into his own version of cartoon strips. As a car enthusiast, he was always up on the latest car models. He loved to eat out, and his favorite meal was huevos rancheros. He was a hard worker, dedicated to taking care of others and became his mother’s personal chauffeur. He loved being around friends and family. Paul was preceded in death by his father, Ted, and brother Luke. He is survived by his three children Melody, Lydia and Aaron, eight brothers (and spouses): John (Larcy), Matthew (fiancé’ Danica), Samuel, Stephen (Katie), Joel (Megan), James, Philip and Benjamin (Laurie) and three sisters Rebecca (Otto), Esther and Rachel (Timothy). He was preceded in death by his parents and brother Luke. Rest in peace; you will be missed.

The family of Paul Aaron Mills created this Life Tributes page to make it easy to share your memories.

Send flowers to the Mills family.