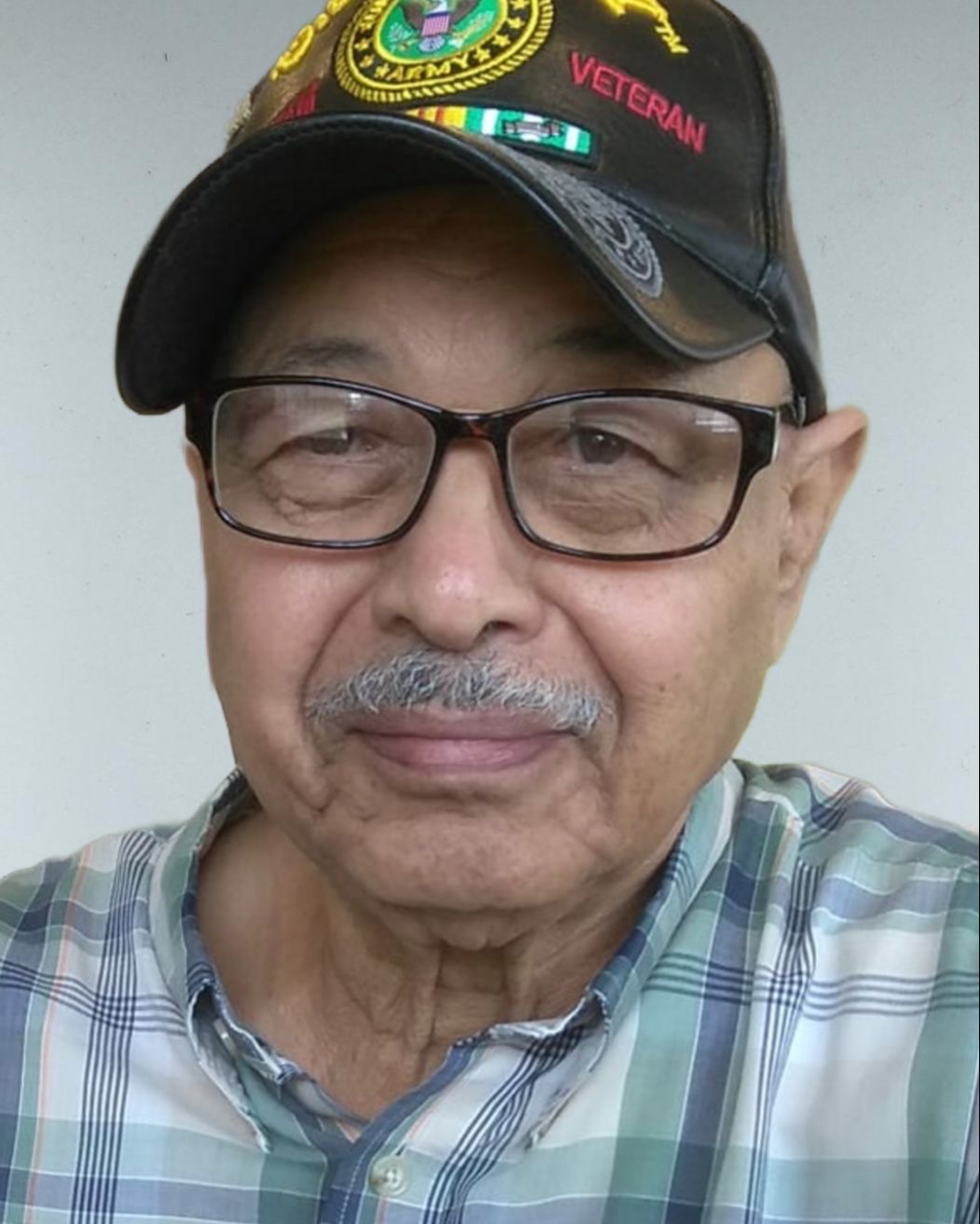 Our beloved Adnen Badih Ahmed, 80, of Mesquite, TX, passed away peacefully on November 21, 2022, after a 5 month battle with metastatic cancer. His wife of 55 years, Gloria, was by his side upon passing. Adnen was preceded in death by his son, Adnen Badih Ahmed, Jr. He will be lovingly remembered by his wife, Gloria, son, Sherfic, and daughter’s, Sophia, Monique, and Marie, including his 13 grandchildren and 16 great-grandchildren.

Adnen, of Lebanese descent, was raised in Sierra Leone, travelled throughout Europe, until he at long last reached the United States to attend St. Paul Bible College in Minnesota. He was later drafted into the Army, stationed at Ft. Bliss, in El Paso, Texas, where he met and married the love of his life, Gloria. Adnen was later called upon to serve as a combat medic in Vietnam. After being discharged, he remained in service for several years with the Army Reserves. Adnen continued working in the medical field while also continuing his education at UTEP where he served as a leader and activist on campus, and finally graduated with a degree in Sociology.

Adnen had a great love for people. He was known to be a kind and caring man everywhere he went. He was truly a people person. After being a social worker for some time, he was an entrepreneur and eventually found his calling as an insurance agent, because helping people was a natural gifting for him. Throughout his life, he served his family, his community, and his church. Adnen ministered as an evangelist, teacher, and as a guest speaker in multiple settings, as well as feeding the homeless and helping anyone in need whenever he could. He loved to pray with people and to share the gospel of Jesus Christ, his Lord & Savior.

Adnen Badih was a fine example of a loving and devoted, husband, father, and friend. He loved everyone equally and individually, letting each person feel their value and worth. Adnen will be greatly missed by all who knew and cared about him. One of his favorite sayings was, “Whenever you need me, I’ll be around”. Therefore, we believe that heaven is a long hello, so this isn’t goodbye, it’s “see you later alligator”, “after a while crocodile”, another one of his favorite sayings.

To send flowers to the family in memory of Adnen Badih Ahmed, please visit our flower store.