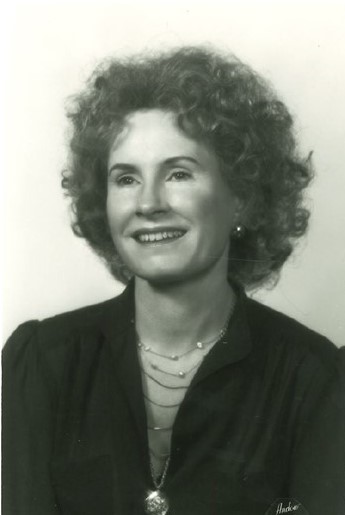 Barbara Ann Prentiss (Bobbye) Phillips passed away Sunday April 3 at the age of 92.  She was born in El Paso, Texas and was one of five daughters of Parker and Fannie Prentiss.  Parker, a banker, grew up on a ranch in New Mexico.  While the girls were still very young he wanted to expose them to the great outdoors so he bought property in El Paso’s lower valley where they could have horses and other animals and plenty of room to enjoy them.  Bobbye attended Ascarate Grade School, Ysleta High School and Texas Western College (now UTEP).

In 1953 she met and married John Phillips and they raised four children together.  They were married for 56 years until John passed away in 2009.  Bobbye’s greatest joy in life was being a housewife and mother and working with her husband in the Home building Business.

For many years Bobbye held membership in and supported numerous Civic Organizations, which included The Women’s Department of the El Paso Chamber of Commerce, The El Paso Symphony Assn., The El Paso Museum of Art, UTEP auxiliary, a life member of The Goodwill Auxiliary, and Area Chairman for the United Way.  Also, for many years she was very active in the El Paso Builders Auxiliary where she served as President in 1980, and continued to serve on the National level where she attended Board meetings in Atlanta, Boston, Washington D.C. and Nation Conventions in Las Vegas and Dallas.

In 1991 Bobbye and her daughter Linda became Authorized Agents for GTE/Mobil net, one of the largest cellphone companies at that time.  For the next 9 years their company Westside Cellular served the Westside of El Paso for all their cell phone needs.  In 1996 their office was awarded the GTE/Mobile net Award of Excellence for Outstanding Sales and Service.

IN 2002, Bobbye became an inspector for new homes under construction for several El Paso banks and then in 2014 her daughter Becky Martin joined her in this business continuing until 2022.

Bobbye was preceded in death by her parents, her husband, her sisters Earla Smith, Mary Jane Bills and Betty Jo Andrews.

In lieu of flowers please make donations in Bobbye’s name to her favorite charity, The El Paso Rescue Mission or Hospice of El Paso. Thank you so much to all the hospice caregivers, especially Randal, Katherine, Flor, and Jesus, your care and compassion during this time was overwhelming.

To send flowers to the family in memory of Bobbye Phillips, please visit our flower store.