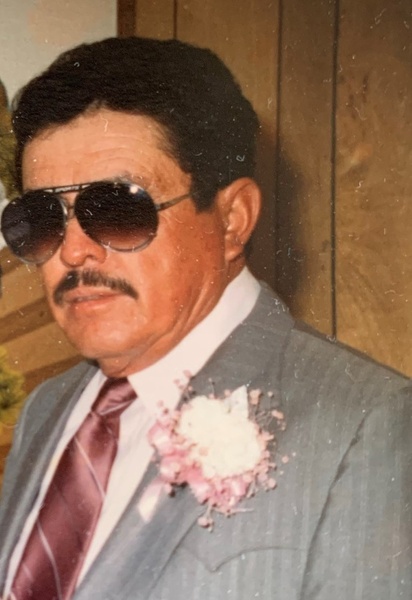 Carlos “Chito” Trujillo 79 was called to heaven on April 30, 2022, A longtime resident of Socorro, Texas. He was a truck driver where he worked with his brother for more than 50 years. He is preceded in death by both his parents Elizario and Concepcion Trujillo. He is survived by his loving wife of 55 years Oralia Trujillo and sons Carlos Trujillo Jr and Cesar Trujillo. Daughter Maribel Espinoza. Brothers Henry Trujillo Danny Trujillo. Sisters Teressa Duran, Olga Burrola, Maria Luisa Morales, Angie Gutierrez and Rosalinda Sanchez. Grandchildren Ryan Trujillo Edward Anchondo, Joseph Espinoza, Cesar Trujillo  Jr. and Jose Carlos Trujillo. A Public Visitation will be held from 9:30 a.m. to 12:00 p.m. with a rosary starting at 11:00 a.m. at Sunset Funeral Homes- Americas, 9521 North Loop Dr. A mass will be held at 12:00 p.m. at La Purisima Catholic Church. The graveside will follow after the mass at Mount Carmel Cemetery.  Services entrusted to Sunset Funeral Home- Americas.

To send flowers to the family in memory of Carlos C. Trujillo, please visit our flower store.