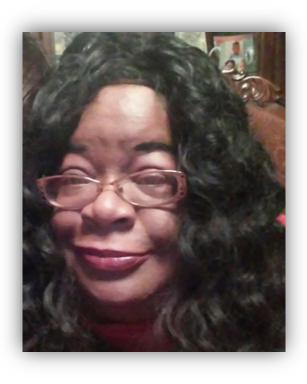 Daisy White Kimble, a native of Pineville, Louisiana, was born on February 23, 1951, to Carl White (deceased) and Lucy M. Towels.  Daisy was a faithful woman who loved the Lord, her family, her church, and her community. She confessed to the Lord early in life and joined Pilgrim Baptist Church in Alexandria, LA, where she was a choir member and involved in numerous volunteer work. After graduating from high school, she relocated to Baton Rouge, LA to pursue a degree in Chemistry. In 1974, Daisy graduated from Southern University A & M College.
In 1975, Daisy worked as an Assistant Professor at Southern University.  Throughout her career, Daisy worked at NASA Lewis Research Center in Cleveland, Ohio, US Airforce Research Academy in Colorado Springs, and Brooks Airforce Base located in San Antonio, Texas.  Eventually, Daisy retired from Southern University and moved to El Paso, Texas.
In 1988, Daisy’s career continued as an Alcohol and Substance Abuse teacher, and later became a school administrator.   Daisy was a member of the Phillis Wheatley Social Civic Club for six years. In 2010, Daisy retired as a school administrator from the El Paso school system.
Daisy was preceded in death by her father, Carl White; her brother, Luther Clark, Jr.; her sisters, Mary Alice Nash, Joyce Gullette, and Marilyn Brazelton.  Left to cherish her memories: Her beloved son Ted James Kimble II; mother Lucy Towels; her sisters Viola Jackson, Tracey Pickney (Raymond), and Monica Towels; and a host of nieces, nephews, and friends.

To send flowers to the family in memory of Daisy White Kimble, please visit our flower store.