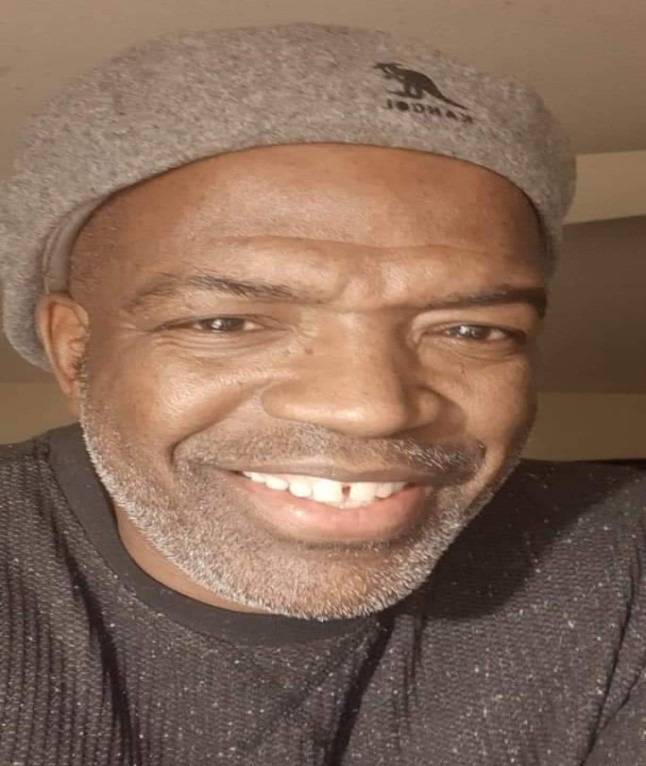 On Friday, March 18, 2022, Our Lord saw fit to remove from us our beloved Eduardo Antonio Caradine to begin the journey we all must take.  Eduardo “Tony” was born to the late Donald Clayton Williams Sr. and Marion Loucostella Bryson-Caradine in East St. Louis, Illinois on September 11, 1963.

Tony was reared and educated in East Saint Louis, Illinois. He joined the U.S. Army in 1982 and served as a Radiology Technician until 1986.  After he was honorably discharged, he further his professional career by specializing in Magnetic Resonance Imaging (MRI).   He worked for Del Sol hospital, several Mobile Companies providing mobile MRI and X-ray services to many Nursing Homes, Skilled Nursing Facilities, and various hospital in-patient units.  Tony was known for his sunshine smile, his kind heart, and sense of humor.  He was always willing to take the extra step to ensure all his patients received quality care. In addition, Tony spoke the Swahili and Spanish languages fluently.

Tony and Rose Mary Mabry met in 1999 and were joined in holy matrimony on December 28, 2002, in Memphis, Tennessee.  Their 21 years of marriage was filled with many special moments, traveling to different states, participating in many communities’ outreach programs and musical events.

Tony enjoyed coaching several city league basketball and baseball teams, where they won various trophies. He taught children to do their best while having fun. His love for music started as a young child in his home where he self-learned to play various instruments.  He was a skilled musician, a Minister of Music for several churches in the El Paso community.  He wrote his own songs and music as well as produced his own music label. Throughout his life, he was a key member of many bands to include Kenji Tribe 1989 and Just for You in 1990. Most recently, he founded Uplift Muzik, which has played all over El Paso, Texas. His mind-blowing spiritual sound will be missed, and his memory will be cherished in each and everyone’s heart.  He is a champion.

Tony was preceded in death by his brothers, Ronald and Donald Williams and one sister Anna Caradine-Williams.

To send flowers to the family in memory of Eduardo Antonio Caradine, please visit our flower store.