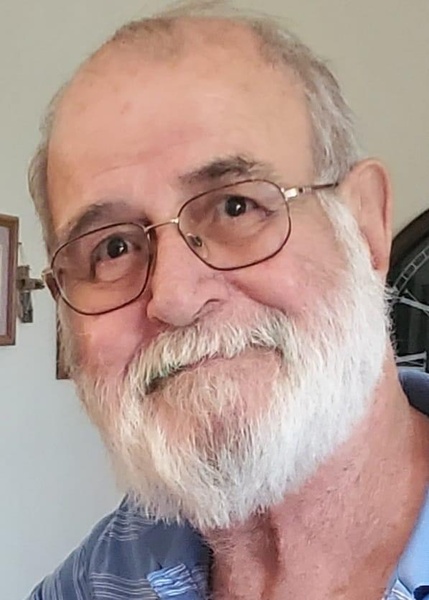 Francisco “Frank” de Santos, Jr, 78, passed away unexpectedly on Tuesday, March 22 in El Paso, Tx., following a two-week stay at Del Sol Hospital after suffering a subdural hematoma.  Frank was a loving husband, father, grandfather, godfather, and brother.  He was a member of the Catholic Church Community in El Paso.

Frankie or Guerro, as he was lovingly known, was born in Smeltertown, Texas to parents Francisco and Beatriz de Santos in 1943.  After moving to El Paso, Texas when he was nine years old, he attended Saint Ignatius Catholic School and then Cathedral High School.

After leaving high school, he worked at Consumers Market as a stock boy until joining his two favorite uncles (Jose Mora and Jesus “Chuy” Mora) at Whitfield Transportation.  He started working in the docks until finally earning his commercial license to operate both semi and double-trailer tractors.  After Whitfield Transportation, he moved to a few different trucking companies until his retirement.  He was a member of the International Brotherhood of Teamsters, Union 941 until the day he passed away.

In 1960, he met Rosa Martha Frias and five years later they married on January 23, 1965. They immediately started a family and their daughter; Jessie de Santos was born on November 4 of 1965.  Two-years later, on his 24th birthday, their son Francisco de Santos, III was born on September 21.  Their last child, Gabriel de Santos was born on February 9, 1970.  This past January, they celebrated their 57th wedding anniversary.

He was admired by many for his laid-back attitude and the way he lived life.  He enjoyed listening to rock and roll music from the 1950’s,  playing cards with family members, attending the Sun Carnival Parades, bowling, going to Las Vegas, Dairy Queen Dipped Cones and his beloved Dallas Cowboys.  He surrounded his family with pool tables, pinball machines, Atari video games and backyard swimming pools and parties.  He enjoyed attending El Paso Diablo games at Dudley Field, camping and especially taking care of and spending time with his grandchildren.  He was an extremely quiet individual who loved having people at his house.  He and Rosie, as his wife was affectionally called, were Godparents to six children.  During the holidays he would regularly have at least 75 people at his house for Thanksgiving and during Christmas, he would play Santa Clause for different charities as well as at the PX on Fort Bliss.

He instilled many things to his children throughout his life, including his love of family and friends, his work ethic, and his love of God.  He raised his children to respect everyone they met and to work hard in life.  He never turned away anyone in need and helped raise his grandchildren from the day they were born.  He will be truly missed by everyone.

Please continue to pray for the repose of his soul.  Also, please keep the entire family in your prayers as we deal with this enormous loss in all of our lives.