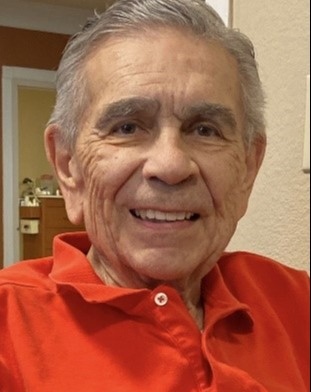 Leonel (Leo) Vielma Miranda, 83, was reunited with the Lord on Thursday, May 12, 2022 at his residence in El Paso, Texas after a lengthy struggle with Alzheimer’s disease. He was the eldest of four children born to the late Romulo Miranda and Francisca Vielma in the small copper mining town of Clifton, Arizona. As a youth he was active in the Boy Scouts, eventually earning the rank of Eagle Scout, and he played football and ran track in High School. He later graduated from Arizona State University with a degree in political science.

After college, Leo enlisted in the U.S. Navy, serving in San Diego, California and Yokosuka, Japan. He later worked for almost 30 years with the Federal Government, first in Los Angeles, California and later in Washington, D.C., serving at different times with the Department of Defense, Veterans Administration, and Department of Energy. He eventually achieved the Senior Executive Service level, one of a small number of Hispanic federal employees to do so. After retiring from government service, Leo worked as a procurement executive at the Sandia National Laboratories in Albuquerque, New Mexico and later ran his own consulting company, Miranda & Associates, from his retirement home in Lewes, Delaware.

Leo was passionate about supporting initiatives to improve the standing of Hispanics in the United States. He served as the national vice president of the League of United Latin American Citizens and was an active member of the Mexican American Legal Defense Fund and the American GI Forum. Leo was also a firm believer in his Catholic faith. He attained the fourth-degree rank within the Knights of Columbus and was a regular volunteer with the St. Vincent de Paul Society, providing assistance to those in need.

Leo was married first to Maria Chavarria, with whom he had one son. He later married Phyllis Greene, with whom he raised two sons. Together, they traveled to five continents and nearly every U.S. state, supporting each other with love and their shared faith for 43 years until Phyllis’s passing in March 2017. Leo is survived by his three sons: David and wife Patty, Leonel Jr. and wife Raquel, and Francisco and wife Heidy; eight grandchildren, David Jr., Kianna, Max, Cesar Leonel, Marcela, Maria Cecilia, Jackson, and Italia; and two siblings, Anna Martinez and Benjamin Miranda. While he has passed on, Leo’s passion for family values, hard work ethic, and faith in God will live on.

To send flowers to the family in memory of Leonel Vielma Miranda, please visit our flower store.