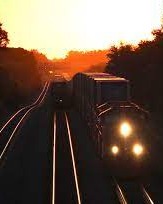 Pete was born on November 21, 1945, where he lived much of his younger years in Laredo, Texas. It was right after his high school graduation that he enlisted in the United States Army. Soon after, Pete moved to Houston where he would begin his fifty-year long career with the railroad. Pete was a staple in the railroad community working for some the best companies in  the industry in both the United States and Mexico. It was also in Houston where Pete would raise his family and finish out his career after multiple retirements. Although Pete was known to handle business within his career those who knew him best knew how charming, funny, and generous was. Pete had a love for hunting, fishing, and heading to the casino, he had a lucky hand like no other.

Our beloved father, grandfather, and a friend will be greatly missed. A celebration of life will be held in Houston, TX at a later date. Services entrusted to Sunset Funeral Home-West.