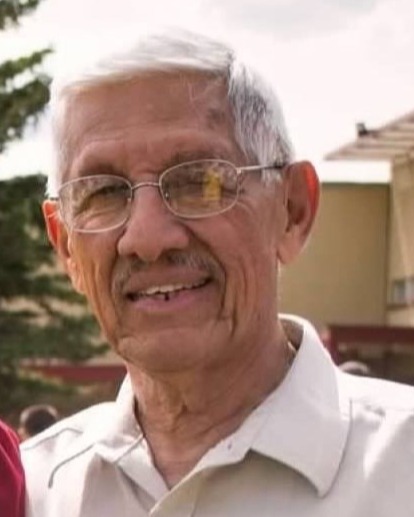 Ricardo Tobias Sanchez passed away on November 19th at the age of 85 in his home in El Paso, TX. Ricardo was born on April 30th, 1937 in Clayton, NM to Alberto and Adelina Sanchez the oldest of three children including a brother, Reynaldo, and a sister, Lydia. Ricardo is survived by Phyllis, his wife of 57 years; his four sons: Albert, Christopher, Patrick, and Ricardo; along with 17 grandchildren and 11 great-grandchildren.

Ricardo graduated from the University of New Mexico in 1960 with a Bachelor of Science in Civil Engineering and from the Ohio State University in 1973 with an Advanced Degree in Civil Engineering. He worked as a Professional Engineer for 43 years and wrote the first Environmental Impact Study for the State of New Mexico in 1971. Ricardo also served as a Knight of Columbus. He was a lifelong baseball fan, and avid reader, and cared for his two poodle-Maltese dogs, Ebony and Ivory.

Those who cannot attend in person may join the funeral services virtually on Facebook Live at https://www.facebook.com/sunsetfuneralhome (no account is needed). Services entrusted to Sunset Funeral Home-West.

To send flowers to the family in memory of Ricardo T. Sanchez, please visit our flower store.