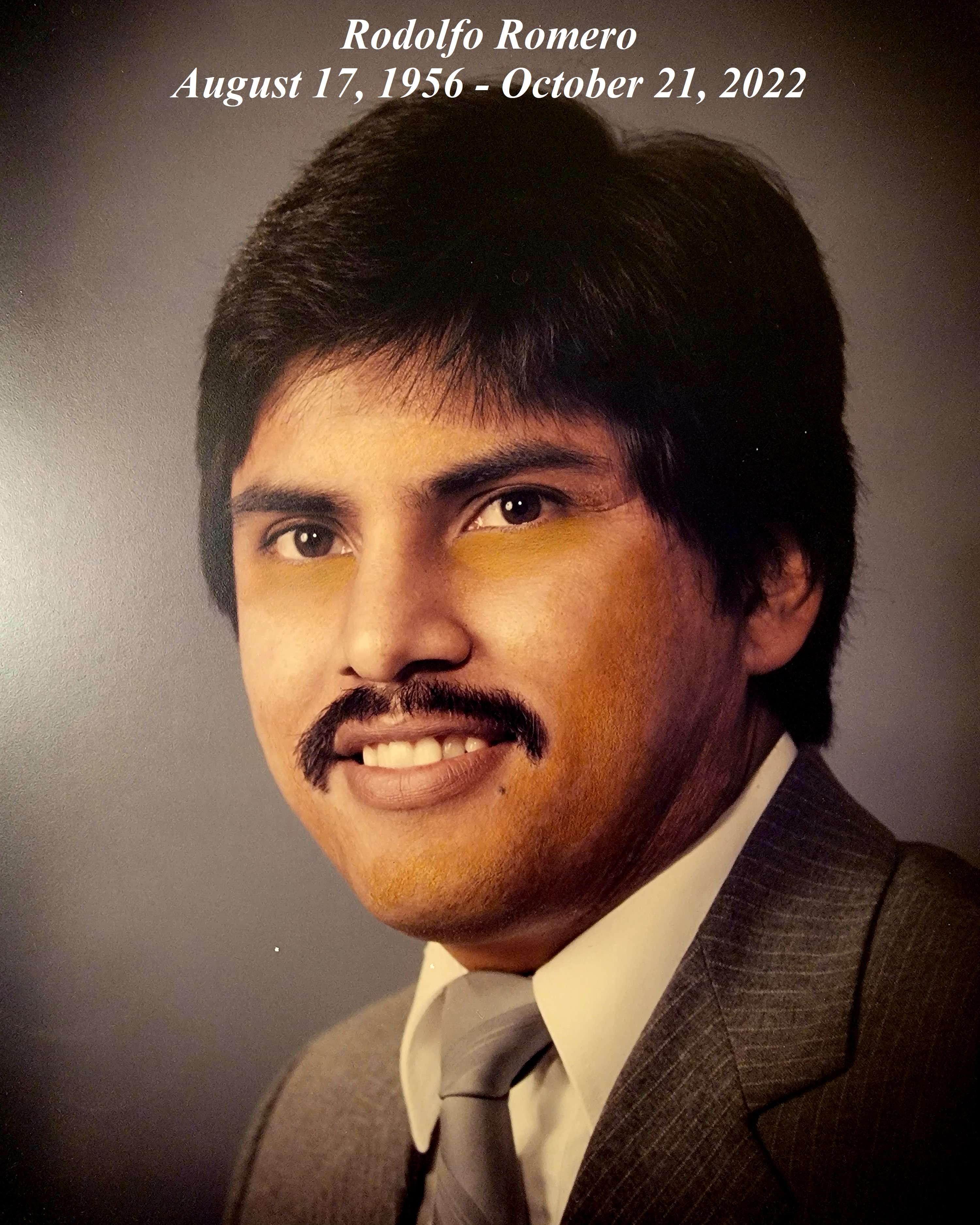 On Friday, October 21, 2022, Rodolfo Romero, a wonderful father, brother, and uncle, grievously passed away, much too soon at the age of 66. There was nothing he wouldn't do for his family and friends, and he will be deeply missed by those who knew him and loved him. He will forever be in our hearts.

Rodolfo (Rudy) was born on August 17, 1956, in El Paso, Texas to Luis Romero and Delia Armendariz Romero. He was fourth in line of thirteen children. He attended Burges High School where he joined ROTC. After graduating in 1974 from Burges, he attended The University of Texas at El Paso where he received his Bachelor of Science in Criminal Justice on May 13, 1978. He then went on to attend The University of Texas at Austin where he received the Doctor of Jurisprudence degree on December 22, 1980, and on May 15, 1981, he received his license to practice law as an Attorney and Counselor at Law for the State of Texas. In 1987, he opened The Law Office of Rodolfo Romero at 2507 Montana Avenue, El Paso, Texas and remained opened for thirty-five years until his unfortunate untimely passing.

Rudy liked watching football and was a devoted football fan of the Indianapolis Colts and the Texas Longhorns but also enjoyed playing basketball with his brothers and friends. He was, also, an avid coin collector. He enjoyed listening to music, some of his favorites were Elvis, Abba, Rolling Stones.

To send flowers to the family in memory of Rodolfo Romero, please visit our flower store.